The Star - BMW Group Malaysia recently announced the appointment of Ingress Auto as the newest authorised Mini representative in the country. The new Mini dealership which is to be named Mini Ingress is scheduled to open its doors at its new facility in Bangsar at the end of the year. (8 October 2012, Metro, page 20) 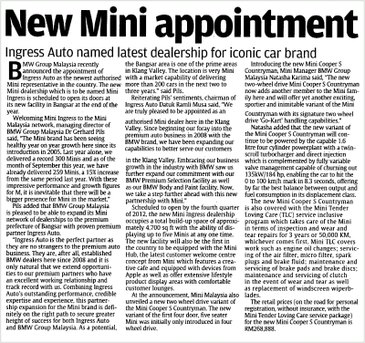 Back to Corporate Highlights